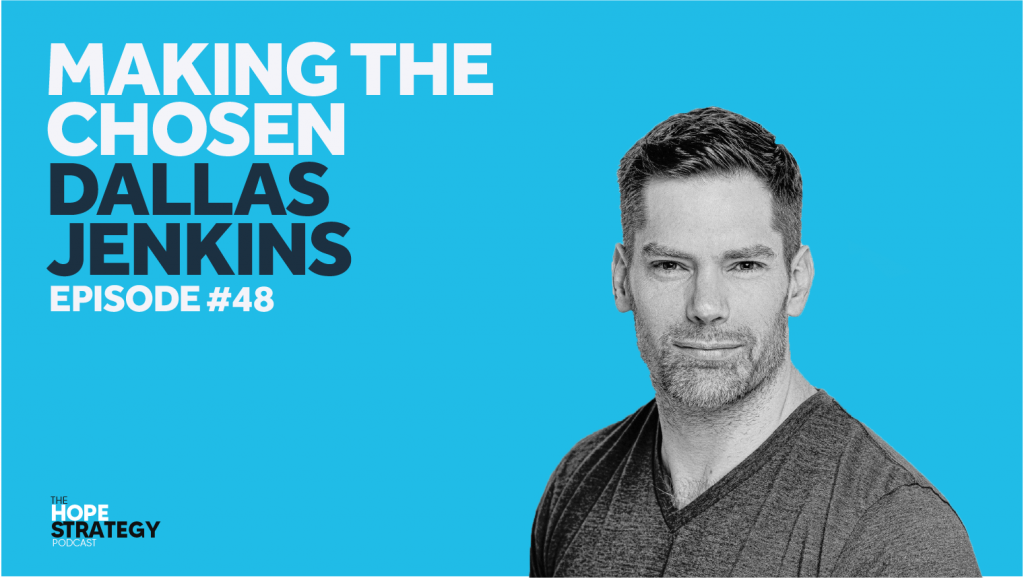 Dallas Jenkins shares how his desire to be a filmmaker was sparked early on in life, along with a mission to help inspire and instill passion in others. Dallas shares how he ventured into “Hollywood” with his first feature film Hometown Legend. Since then Dallas has used every opportunity to learn, study his craft and dedicate his work to creating true impact both on and off screen. Now a Writer and Director of “The Chosen” Dallas’s goal is to “provide loaves and fishes” and allow God to multiply them. This episode is a great look at faith, trust and goals.

There’s a scene in “One Flew Over The Cuckoo’s Nest”, where Jack Nicholson is denied the ability to watch the World Series in the mental hospital that he is in. So he stands in front of the TV and starts doing a fake play by play of the World Series to just pretend like he’s watching and it gets all the other guys excited and, and all these patients are standing around the television and cheering and going crazy. That scene changed my life! I was like “whatever that is… I want to do that.” I want to arouse in audiences the kind of emotion that that scene did for me. It was just such a big moment cinematically but also just for me personally… that impact! I wanted to do that for others. That’s when I started to want to become a filmmaker.

Send Us a Message

Have questions, comments or suggestions? Let us know using the form below.